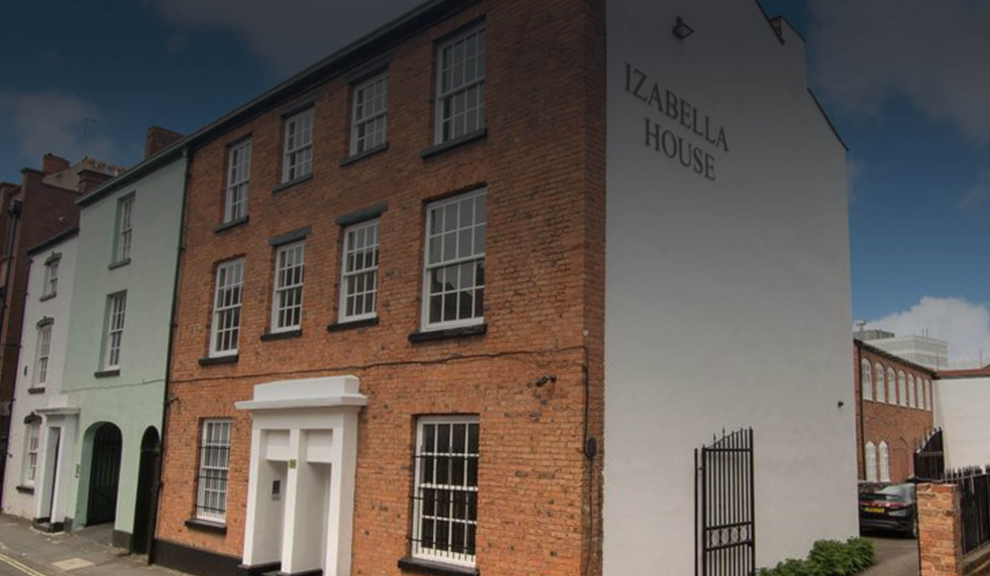 Choose one of the following training courses in Birmingham

Choose to study the popular PRINCE2 with a PRINCE2 course in Birmingham.

Choose from PRINCE2 Agile Foundation or Practitioner courses in Birmingham.

Birmingham is the third-largest city in the United Kingdom, with roughly 1.2 million inhabitants in the city area, itis the most populated English local government district. Birmingham is commonly referred to as the ‘second city’ of the UK.

Birmingham is 100 miles from Central London. It is the social, cultural, financial, and commercial centre of the Midlands. Birmingham is a major international commercial centre in the UK. Its economy is the second-largest in the United Kingdom. It is also the largest centre of higher education in the country outside London. Birmingham’s major cultural institutions make it a popular tourist destination, and the 4th most-visited city in the UK by people from abroad. 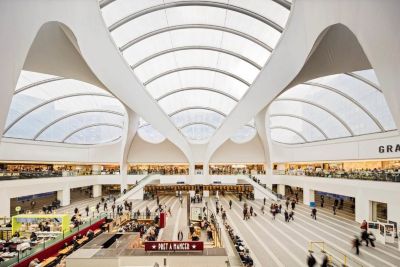 Travel to and from Birmingham

The city is served by possibly the most well-known motorway junction in the United Kingdom: Spaghetti Junction, a colloquial name for the Gravelly Hill Interchange. Birmingham introduced a Clean Air Zone from 1 June 2021, which charges polluting vehicles to travel into the city centre. 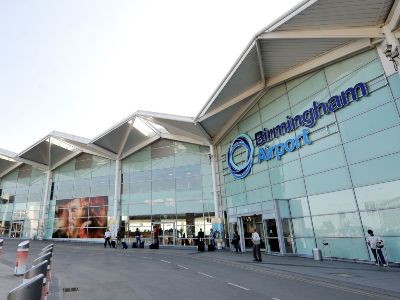 Birmingham Airport is located east of the city in Solihull, it is the 3rd busiest airport outside the London area, services operate from Birmingham to many destinations in Europe, Africa, the Americas, Middle East, and Asia. Birmingham is also served by, to a lesser extent, by East Midlands Airport, northeast of the city centre.

Local and regional services are operated from all of Birmingham’s stations by West Midlands Trains.

Curzon Street railway station will be the terminus for trains to the city on High Speed 2, which will open around 2030. 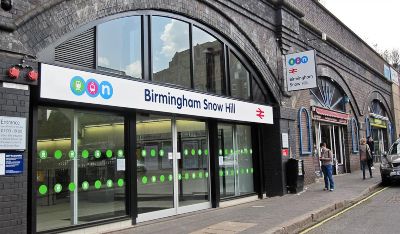 Birmingham’s local public transport network is co-ordinated by Transport for West Midlands. The network includes the busiest urban rail system in the UK outside London, the UK’s busiest urban bus system outside London, and the West Midlands Metro, a light rail system that operates between Library in Central Birmingham and Wolverhampton, Wednesbury, and West Bromwich.

An extensive canal system still remains in Birmingham from the Industrial Revolution. The city has more miles of canal than Venice, though the canals in Birmingham are a less prominent and essential feature due to the larger size of the city and the fact that few of its buildings are accessed by canal. The canals are mainly used today for leisure purposes.

Birmingham Repertory Theatre is Britain’s longest-established producing theatre, touring nationally and internationally. Other producing theatres in the city include the Blue Orange Theatre in the Jewellery Quarter, the Banner Theatre, the Maverick Theatre Company and Kindle Theatre.The Alexandra Theatre and the Birmingham Hippodrome host large-scale productions, while other stages across the city include the Crescent Theatre, the Custard Factory, the Old Joint Stock Theatre and the Drum in Aston. 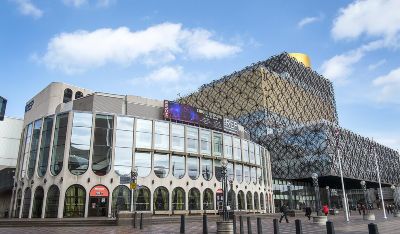 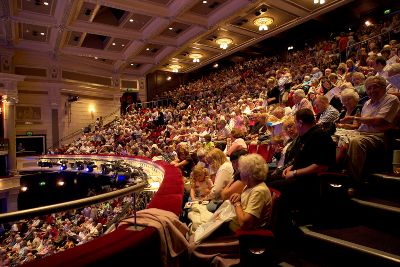 The Birmingham Royal Ballet is one of the United Kingdom’s 5 major ballet companies and resides at the Birmingham Hippodrome The company’s associated ballet school – Elmhurst School for Dance in Edgbaston – is the oldest vocational dance school in the country.

Birmingham is home to many national festivals. The city’s largest single-day event is its St. Patrick’s Day parade.Multicultural events include the Bangla Mela and the Vaisakhi Mela. The Birmingham Heritage Festival is a Mardi Gras style event in August. The Caribbean Birmingham International Carnival takes place every other year.The UK’s largest two-day Gay Pride is Birmingham Pride which is typically held over a weekend in May. Birmingham Pride takes place in the gay village.The Birmingham Tattoo is a long-standing military show held annually at the National Indoor Arena.Since 2001, Birmingham has been host to the Frankfurt Christmas Market, the UK’s largest outdoor Christmas market.Other festivals in the city include the Birmingham International Jazz Festival and Party in the Park, which allows new artists to showcase themselves and their music in a one-day music festival. 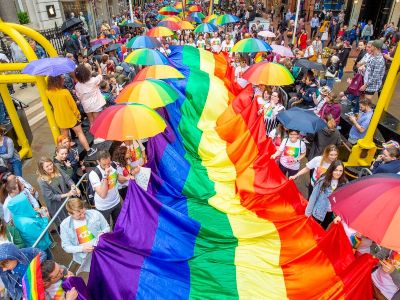