Despite the global downturn in the economy over recent years, the growth of PRINCE2 as a key skill set shows no signs of abating in Australia. Figures released from APM Group International, the PRINCE2 accreditation body show that the number of people sitting PRINCE2 examinations in 2011 in Australia grew 19% compared with the previous year.

Australians who live a long way from an exam centre can still study for their PRINCE2 exam by using computer-based training whilst studying at home and can use a remote exam proctor whilst taking their PRINCE2 exam online at home.

By studying this way, Australians can still attain PRINCE2 certification without having an onerous journey to an exam centre saving on both time and cost. The cost of using the remote exam proctor is only 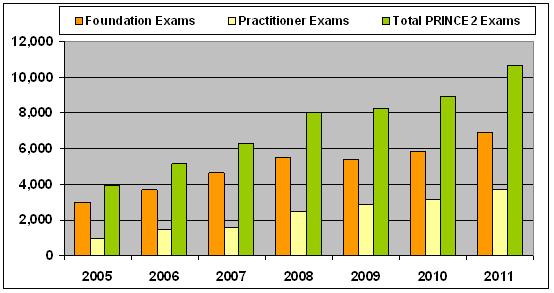 PRINCE2® is a registered trade mark of the Cabinet Office